This is the only Hitachi open MRI with a single pillar structure, which provides wider openness. It has a design that takes examinees into consideration. For Hitachi, the design is also an important specification for an MRI system. APERTO Lucent can be incorporated with measurement functions newly developed by Hitachi for the high magnetic field system, which widens the possibility of diagnostic imaging.

The MRI system that continues to evolve every day. The appearance of new sequences and higher efficiency hardware ------ The Open MRI continues to evolve.
The new APERTO Lucent can be incorporated with new measurement functions such as primeFSE*1 and CE-Perfusion *1 newly developed by Hitachi for higher magnetic field MR systems.
In addition, incorporation of the newly designed image reconstruction system realizes 2048x2048 image reconstruction*2 that corresponds to high definition images.

In MRI diagnosis, effects of motion artifacts should be considered. Our new feature, RADAR, mitigates the motion artifacts, which can be used not only with T2WI, but also with T1WI and FLAIR, obtaining any slice direction for your needs.
We believe this feature will be widely applied to clinical applications. 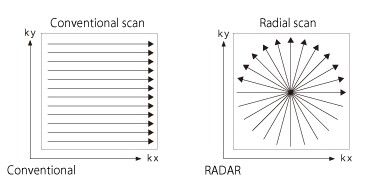 The problem of artifacts is inevitable with MRI imaging. In Hitachi's RADAR, the k-space is filled radially with the center of the k-space as the axis. By this distinctive procedure, the motion artifacts generated in specific directions can be suppressed.

The primeFSE has enabled not only the optimized echo arrangement but also the parameter settings with the same sense of that of the SE sequence. This has allowed active use of the features that the FSE sequence possesses. 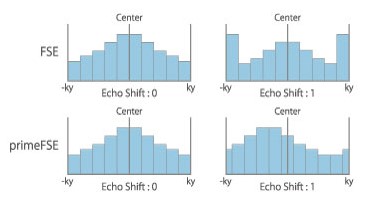 In pursuit of the open design which functions gently for everybody.
The comfort and beauty of Lucent goes beyond the extreme.

MRI has such characteristics as "taking time in imaging" and "weak against examinees' movement". You could also say that the examinees' cooperation is indispensable to obtain good images from the MRI. APERTO Lucent has realized a wide open space thanks to its single-pillar structure, the only one among Hitachi's Open MRI systems. This can provide the examinees with a more comfortable examination environment than the closed-MRI which, in turn, makes it easier to obtain the examinee's cooperation.

The offset position of the pillar makes it easier for the light to enter into the gantry center.
Furthermore, a color scheme that would give the examinee a sense of security is adopted in considering the lighting environment inside the examination room.

The footswitch allows the table to move up and down or backward and forward. Freeing hands does not only improve the throughput but also enables meticulous care for the examinees. 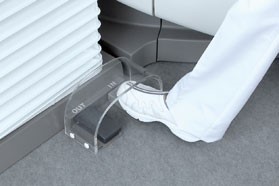 The table can be lowered to about 450mm allowing young children and elderly patients to get on and off the table with less effort. Vertical movements are also motor driven. 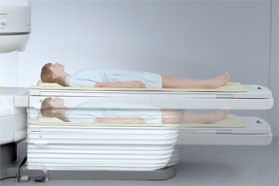 Because lateral movement of the table inside the gantry is possible, the body region that is out of the midline (shoulder joints, knee joints, etc.) can be set to the magnet field center. 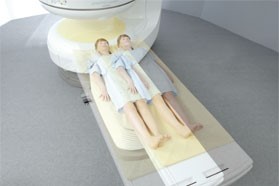 What the excellent interface of the APERTO Lucent produces.
High reliability in medical practice enabled by an environment of prompt and accurate operations.

APERTO Lucent has been largely improved in the aspect of operability as well as in its basic performance as an MRI system. In addition, the system does not only acquire images but is compatible with the IHE KIN function*  and IHE CPI function*  for shared use of the acquired image information.

APERTO Lucent is an Open MRI that takes into consideration the shared use of image information.

The intuitionally understandable GUI(Graphic User Interface) and DICOM and IHE capabilities - which provide for simplified entry of data for examination have been adopted. 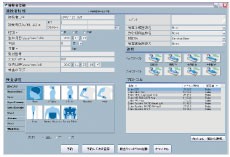 This function automatically displays several parameters which can be substituted to those that were inputted inappropriately. 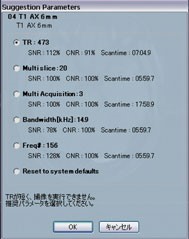 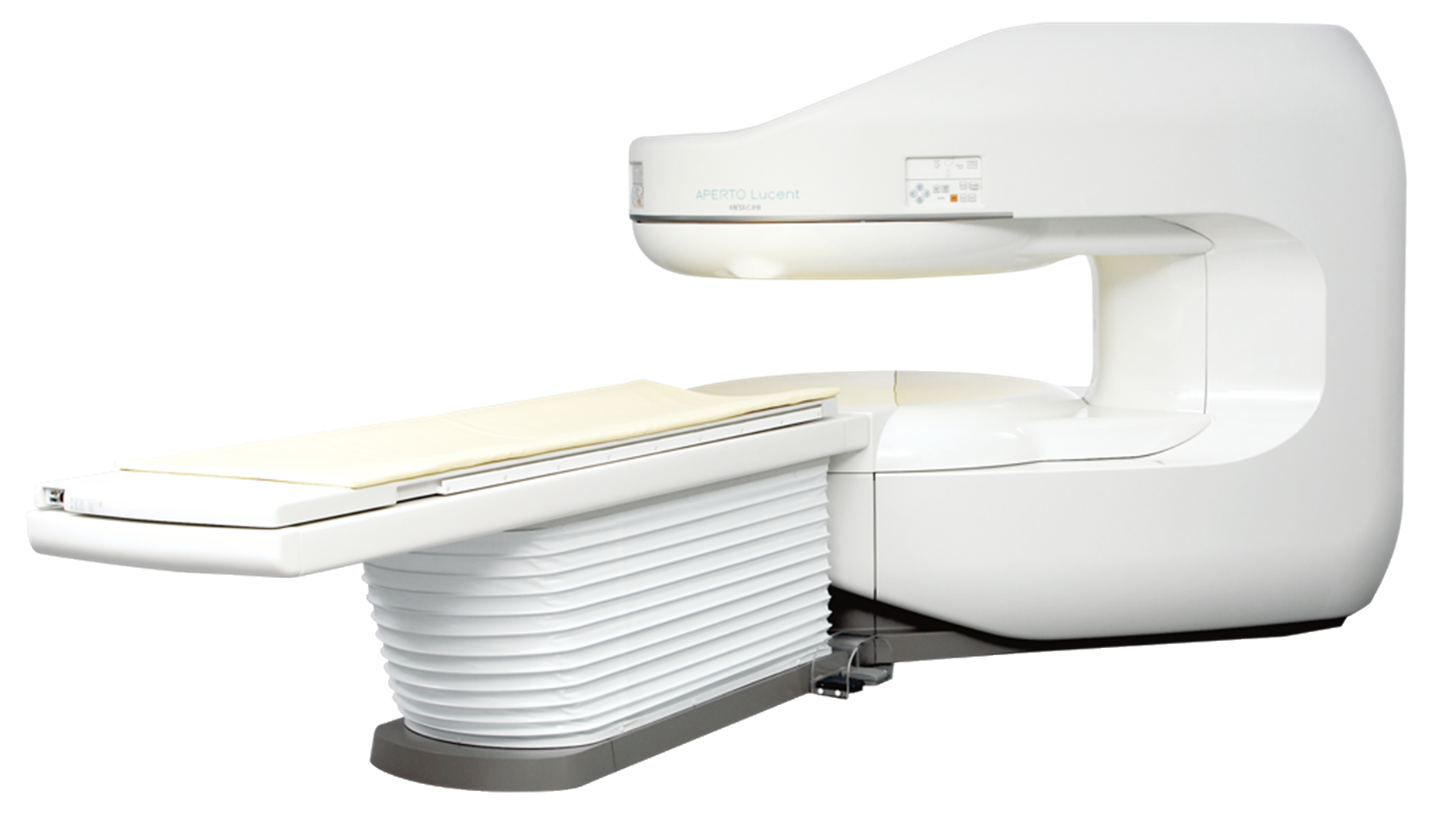